FREE DELIVERY FOR ORDERS OVER R750 | PACKED AND DELIVERED DISCREETLY.

A new study says that Poppers are not as addictive as some may think.

If you have stepped a toe into the gay club world or the gay sex/hookup world, you’ve probably come across a bottle of poppers in your life. These little containers of Alkyl or Amyl Nitrate are often used as inhalant drugs for enhancing sexual experiences. But, the drug has gotten a bad rep of late and become associated with the gay sex and club scenes’ darker sides.

But despite growing negative opinions about the little canisters, a new study from the University of Technology says that Poppers are, at least, non-addictive.

The Australian-based study analyzed 800 gay and bisexual men between the ages of 18 and 35. All of the study’s participants use poppers but the study “found little evidence of typical dependency characteristics, including health, social, legal and financial problems, and no correlation between popper use and mental health or psychological stress.”

'70s & '80s, gay men would sniff #poppers at gay clubs to enhance the music and get high. In the '90s, poppers were used in the growing gay rave scene. Now, however #Poppers have become more popularized, and some straight people use poppers recreationally (not for sex) at clubs🏳️‍🌈 pic.twitter.com/5dIDiJZrRD 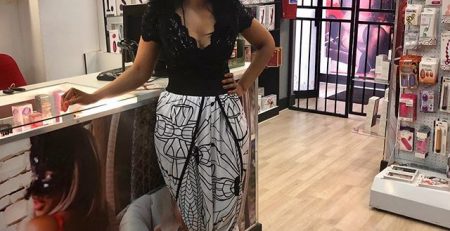